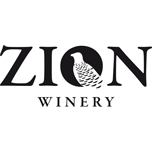 In 1848, Rabbi Mordechai Avraham Shor, head of Tifereth Israel Yeshiva, and his son, Rabbi Yitzchak Shor, established a winery to serve the growing Ashkanazi population in Jerusalem. The western wall of the winery was formed by a part of the Wailing Wall. Rabbi Yitzchak warned people against touching the wall, and placed wine barrels along the wall to protect it.

In 1925, the winery was moved out of the Old City, into the Bet Israel neighborhood. In 1982, the business was transferred to Mishor Adumim, where Zvika Shor is now the current winemaker, continuing the tradition from father to son, father to son.