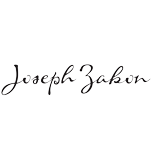 Joseph Zakon Winery was founded in 1981. Growing up in Yeshiva, Joseph was taught that wines were supposed to be special, but he was deeply disappointed in the selection of wines available at the time.

Kosher wines were syrupy and unpleasant, and this didn’t correspond with the notion of a special drink that wine was supposed to be. Determined to discover for himself what the potential of kosher wines could be, he set out to make wines that were more drinkable, and that could be fully enjoyed. Joseph was first in creating high quality, low alcohol wines for easier consumption in Judaic observances.

The Zakon Winery also produced the first-ever kosher Chardonnay. In 1984 Zakon entered his first wine competition, where his Chardonnay wine won a gold medal. He brought the medal to Rabbi Yehuda Krinsky, then secretary of the Lubavitcher Rebbe. The message he received from Rabbi Krinsky was that the Rebbe held the award in his hands and said, “It should be publicized.” After the Rebbe gave his blessings, the New York Times and CNN publicized Zakon’s achievements.