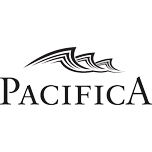 Philip Jones sought to fill another void in the kosher wine marketplace. Together with his wife, Sheryl, and with cooperation from Royal Wine Corporation, the Jones’ established Evan’s Vineyard and winery, located on Underwood Mountain, in the Columbia Gorge in Washington State.

The Washington winery will be a dedicated kosher winery. It has about 7,000 cases. They plan to start slowly with the inaugural vintage and produce about 2,500 cases from 2010, with plans to ramp up production as the brand becomes established.

In 2006, Phillip and Sheryl purchased 95 acres on Underwood Mountain, Oregon and established 25 acres of vineyards and our new winery. Along the river, at 1800 ft., the location was perfect for growing grapes and close to some of Washington’s wine vineyards. Evan’s Vineyard, named after their youngest son, was born.

In 2010, economic conditions were warning them to be prudent. Many new wineries had opened their doors and competition was tough. A partnership was formed. Evan’s Vineyard would produce the wines and Royal would do bottling and marketing. They would become the Northwest’s first kosher winery and dedicate the production to kosher wines. The Pacifica label was born….with the first wines from 2010 to include an Oregon Pinot Noir, Washington Meritage and a Cabernet Sauvignon.