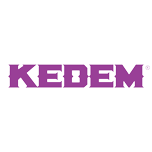 The Herzog family, making wine for generations, trace their winemaking origins back to Philip Herzog. He made wine in Slovakia for the Austro-Hungarian court more than a century ago. Philip’s wines were so appreciated by Emperor Franz-Josef, that the emperor made Philip a baron. Baron Philip made both kosher and non-kosher wines. The kosher wines were made in a separate cellar and tasted like his non-kosher wines. The wines were made in the same basic manner. However, the kosher wines required a Jewish, Sabbath-observant cellar crew. Eugene brought the family to America in 1948 after the Holocaust.

He arrived in New York City with his wife, Sidonia, six of his own children and two additional war orphans. Eugene found a job at a small kosher winery at a storefront on Manhattan’s Lower East Side. He made sweet, Concord-grape wines in the cellar. He also drove the wine delivery truck. But because the company was so poor, he was paid for his driving acumen in company shares, not cash.

By 1958, all the other shareholders had given up their shares. They assumed the business was doomed to failure. Eugene and his sons, who all went to work at the winery, proved them wrong. They called their new product Kedem.