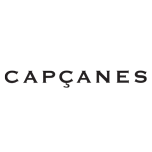 Capçanes winery in Montsant is the very first winery in Spain to produce a kosher wine in the 20th century. Spanish Jews were once one of the largest Jewish communities worldwide, living peacefully under both Muslim and Christian rule until the year 1492 when Isabel and Ferdinand expelled them during the inquisition. Currently, there are approximately 40,000 Jews living in Spain, and of that very healthy percentage, there is clearly a strong contingent of wine aficionados!

Capçanes dates back to the 19th century and was one of the many victims of the grape vine infection Phylloxera in Spain.

After being nearly wiped out, in 1933, five families joined forces to create the co-operative of Capçanes. Over the years the co-operative grew steadily until 1995, when a Jewish family from Barcelona requested that they make the first Kosher wine in Spain, Capçanes agreed. This meant the installation of new equipment allowing the winemakers to identify, isolate and vinify under controlled non Mevushal conditions, small parcels of quality fruit. Subsequently, the Peraj Ha’abib (Flor de Primavera or Spring Flower) was the wine that placed Capçanes on the map worldwide.