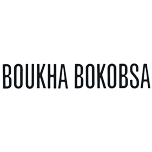 In need of a warmer climate because of his poor health, he decided to go South down to the Ottoman Empire. He left Russia with the only thing he possessed his “mobile distillery”.

Yaakov settled in Tunisia. As figs were growing very largely at the time in Tunisia, Yaakov tried to produce an “Eau-de-Vie” made out of figs and luckily it came out very well.

Yaakov had two sons: Leon and Chalom, he taught them how to produce a very good “Eau-de-Vie” made out of figs, and transmitted to them all his “Savoir-Faire”.

Abraham BOKOBSA, son of Chalom made the distillation of figs an industry. He invented a new process of distillation which lead to the recipe that is secret and that is still the same today.

He settled in La Soukra, and built the first factory of the family. Abraham made Boukha BOKOBSA the National drink of Tunisia: THE LEGEND WAS BORN.