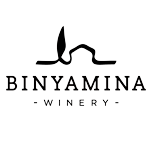 Binyamina Winery was established in 1952 by Joseph Zeltzer, an immigrant to Israel, desiring to to produce wine as he did in Hungary. Initially called Eliaz Winery—after the owner’s son who fell in the War of Independence, it started out in a region considered to be Israel’s wine region.

After independence, Joseph Zeltzer ended up the vineyards in a famous wine-growing region, wanting to fulfill his aspiration to produce wines. The winery originally produced sweet wines, simple table wines and liqueurs. David Ben Gurion aided Mr. Zeltzer to receive a grapes for wine production. The winery was purchased by movie production executives in the early 1990’s who invested tremendous resources to develop the vineyards, improve equipment and create one of Israel’s finest barrel cellars. Renamed the “Binyamina Winery” since the mid-nineties, they were purchased in 2008 by Hetzi Hinam marketing chain, who recognized the winery’s potential and vision to become leaders in Israel’s wine sector.

Sasson Ben Aharon and Asaf Paz joined the Binyamina Winery as winemakers. They hold degrees from the Faculty of Agriculture and have accumulated research of practical experience in the field.