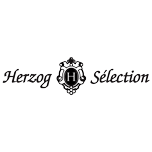 Pierre Miodownick, a native of Beziers, France, has been producing some of France’s most exceptional wines for over two decades. Mr. Miodownick learned his craft as a hired hand at local vineyards while in his early 20’s. Though he originally started making non-kosher wine, his religious awakening spurred him to develop truly world class kosher wines that tasted as good as their non-kosher counterparts.

In 1986 Mr. Miodownick began producing kosher productions of one of the most famous estate wines in France, Baron Edmund de Rothschild. After producing kosher Baron Edmund de Rothschild Haut Medoc, he began vinifying the great wines of France, such as St. Estephe, Margaux, Sancerre,Chablis, and many others. Recently, Mr. Miodownick ascended to the next level of winemaking as he produced some of the elite Classified Growths such as Chateau Leoville Poyferre, Chateau Giscours, and others. Mr.Miodownick also manages the production of Royal’s Spanish, as well as French, wines.