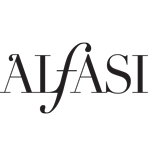 Chile has a long viticultural history for a New World wine region dating to the 16th century, when Spanish conquistadors brought Vitis vinifera vines with them to the region. In the mid-19th century, French wine varieties were introduced. In the early 1980s, stainless steel fermentation tanks and the use of oak barrels for aging began. Wine exports grew as quality wine production increased. Wineries grew rapidly from 1995 to 2005. Chile is now the fifth largest exporter of wines in the world, and the ninth largest producer. The climate is midway between that of California and France. Chile has remained free of phylloxera louse which means that the country’s grapevines do not need to be grafted.

Alfasi is produced by Chilean winemaker Héctor Saldivia. Héctor. His team achieved several goals in the grape-producing and oenological areas, which range from obtaining over a thousand planted hectares and developing new wine production lines, to introducing new wine making techniques while consolidating the existing techniques. Alfasi has to care for the environment for the future generations. The vineyard knows and resolves issues regarding global warming. Therefore Alfasi is working to neutralize its carbon dioxide emissions involved in wine transportation by purchasing carbon assets (carbon points) from the specialized environmental company, First Climate.